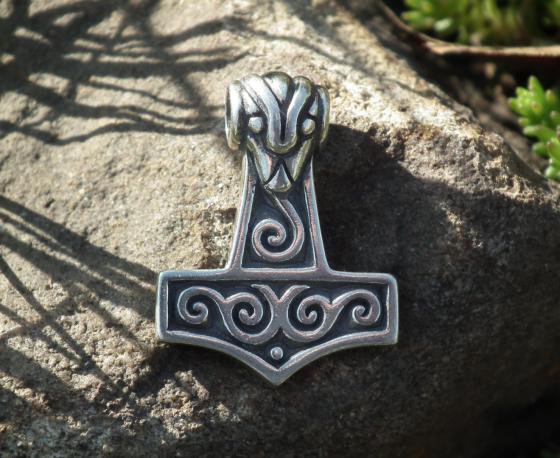 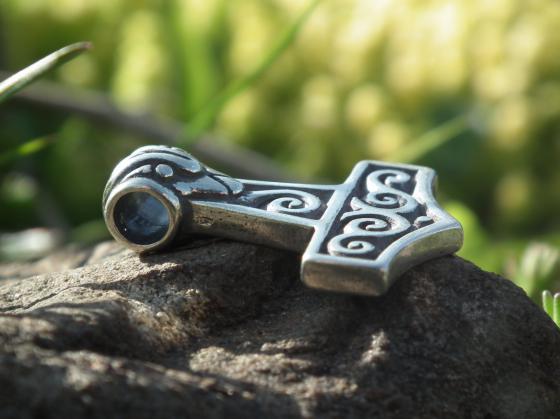 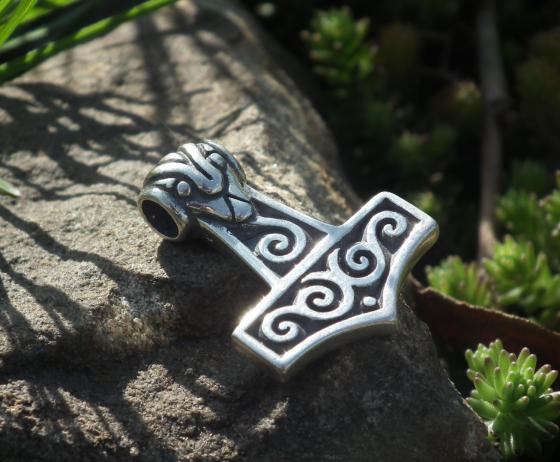 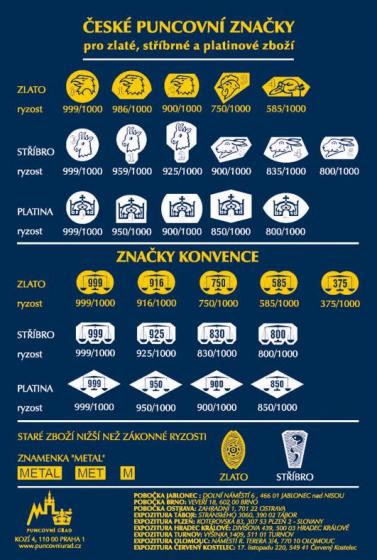 Our own design of Thor's hammer in this particular form is not archaeologically documented. Stone carvings from Scandinavia sometimes show figures with an axe or a hatchet. Perhaps that is the oldest depiction of the idea of the god Thunder Lord. For Slavs and Balts, the thought that the weapon of this god is an axe has been preserved to this day. Nordic Germanic tribes in Scandinavia during the Viking Age, however, thought of the hammer as a divine weapon and the idea settled. The Viking god of thunder is named Thor (known to the mainland Germanic tribes as Donar), hence Thor's hammer. According to mythology, the hammer itself is called Mjölnir.