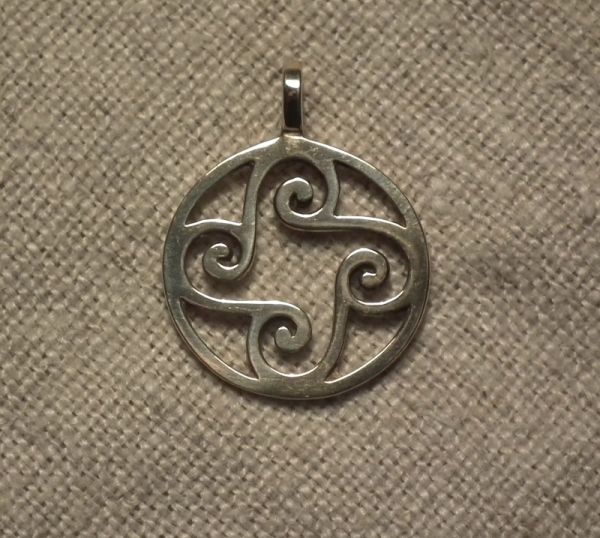 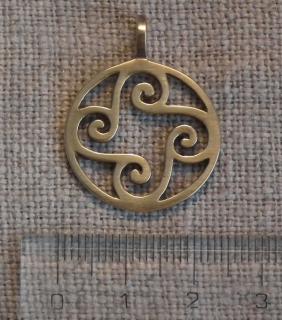 A bronze pendant. The ornamental swastika with arms in spirals or only freely curved arms is documented in several variants already in the Stone Age. For example, it could be found in Eastern European Tripoli culture (in Ukraine in the years 5500-2750 BC), later in the Greek Mycenae in the Bronze Age (1600-1000 BC) , in the Norse Bronze Age (1700-500 BC) and in the Czech Republic (around 1700-1600 BC). In the south of Bohemia, a Hallstatt buckle (8th-5th centuries BC) of a similar type made of four spirals was found in a prehistoric tomb in Protivín. The motif could be traced practically to this day on folk embroidery, on houses or on church decorations. The swastika symbol in this case means the Sun, where the shoulder bend expresses the movement -annual cycle with four solar holidays a year - solstices and equinoxes. It could also symbolize the symbol of the heavens and the starry sky. In this case, the "rotation" of the starry sky around the North Star is expressed by four spirals. Size without the eyelet is 2,3 cm.