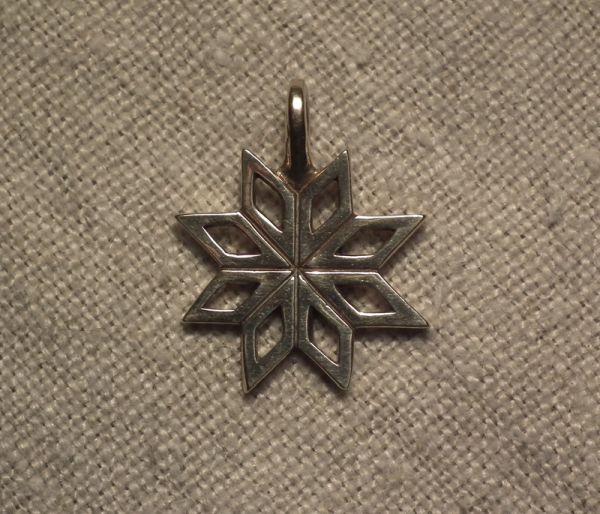 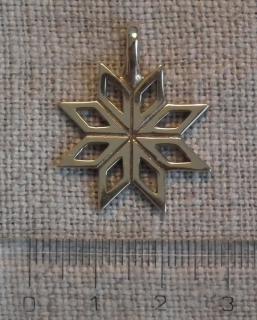 This star is documented on Slavic, Baltic and Scandinavian embroidery and woven belts. It is also known in the Czech Republic. According to the Baltic interpretation, this is the morning star, which is actually the planet Venus. The morning star is identified in Lithuania with the goddess Aushriné. Aushriné corresponds to the Germanic Ostara (Easter got its name after hers in English and German language), the ancient Eos and Aurora. She is originally an Indo-European goddess of dawn, as evidenced by the beginning of the names "Os", "Au", "Eo" and the goddess of spring. In Latvia, on the other hand, Ostara is identified with a male figure called Auseklis. Bronze pendant, size without the eyelet is 2,3 cm.