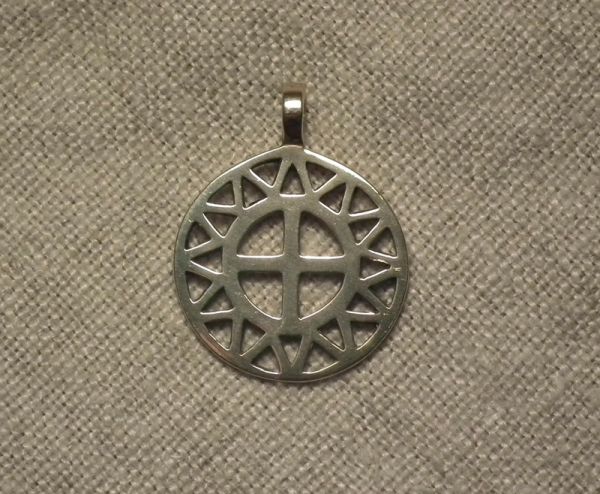 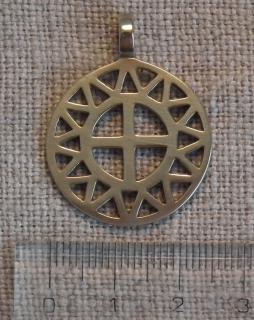 The cross in a circle is a solar symbol documented on pottery in the Czech Republic in the 6th millennium BC. Later it appears in the 3rd millennium BC on "buttons" made out of seashells and on the bottom of ceramic vessels (circular bottom divided by a cross). In the Bronze Age from the 2nd millennium BC, the cross in the circle is also documented on bronze, sometimes on plates and bowls - sometimes as a separate pendant. The cross in a circle was later known in Hallstatt culture (8th-5th centuries BC) to the Celts, the Germanic tribes and, of course, the Slavs. For Slavs, the cross in a circle is evidenced by a pendant from the period before Great Moravia and in many cases until the 14th century. Here, the cross forms the centre of the pendant in a circle and is surrounded by bright decoration. This motif sometimes appears on handles of swords from the Bronze Age. Bronze pendant, size without the eyelet is 2.6 cm.