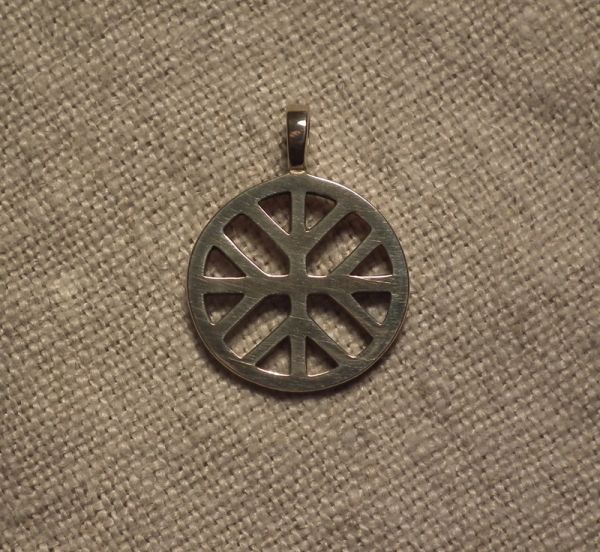 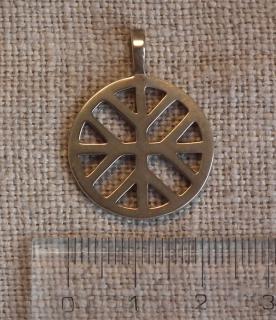 The symbol of the cross at the end of the branches branched by three shoots. According to an older interpretation, such a cross in the Stone Age symbolized the mother of the family. In the middle of the cross are symbolized children - the descendants expressed by branched arms of the cross. Later, a similar symbol with more branched arms was found on a buckle from the Bronze Age, on Germanic pottery, and on the bottoms of Slavic vessels until the Middle Ages. Sometimes this symbol can be traced on folk embroidery and Easter eggs. The four triple twigs in a circle can also symbolize the four runes Algiz (protection). Overall, the pendant can be interpreted as a combination of a Sun cross (four Sun holidays a year) and the sacred tree or the Tree of the World. In this case, the trunk of the tree would be in the middle of the pendant and the branches would extend in all directions, or the lower triple branch would symbolize the roots, the other three branches and the crown. Bronze pendant, size without the eyelet is 2.2 cm.