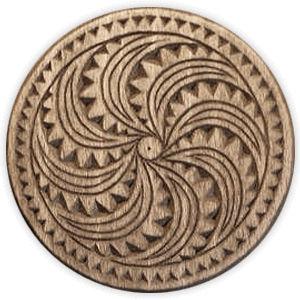 Ostara is our little family project, that comes from Bystřice pod Hostýnem founded by us, Mr. and Mrs. Fibiger. Although we were somehow creative before, the origin could be dated in 2014. Later, we started to repair an old small house nearby the castle in Bystřice pod Hostýnem. Our interest is mythology, history, folk culture, habits, herbs, nature, etc. These things inspire us in our creation. We think the name Ostara was the best pick for our project. Ostara is the Morning Star. Actually, we're talking about planet Venus. Ostara in Lithuania is perceived as Aušriné. In antiquity, she was known as the goddess of dawn Aurora or Eos. The Germanics called her Ostara or Eostre. This resemblance isn't adventitious, however, it refers to the common Indo-European origin of many European nations.